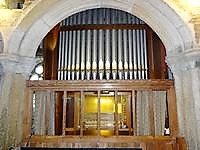 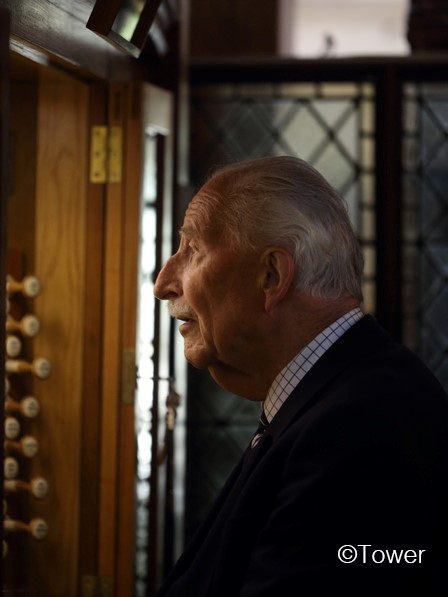 Prior to 1892 the only instrument available in St. Tudy Church to provide music was a harmonium.

It was decided to replace it with a pipe organ and a mechanical action instrument was installed by Brewer & Co. of Truro.

By 2004 it was clear that it was necessary to carry out major work on the organ and the Diocesan Organ Adviser recommended a complete rebuild as the existing instrument was beyond improvement.

The work was entrusted, in 2006, to David Gridley of Penzance in consultation with the organist at that time Dr. Geoffrey Gibbons.

The present organ is an amalgam of the Brewer organ and a 1954 Hill Norman & Beard organ from St. Francis Church, Solihull, which became redundant in 2004.  That instrument was given to Dr. Gibbons by the Rector of Solihull, and brought to St. Tudy in 2004.

The new specification involved the use of most of the pipe work of both organs re-scaled where necessary.

In 2008 the Viole d’Amore was added to be playable from Great and Swell manuals.

The original specification was completed in 2009 by the addition of a Large Open Wood on the Pedal.

The entire project cost about £37,000 to complete.  Limitations of space have necessitated a small amount of extension work.

Specification of the Organ in St. Tudy Church.

The Viole d’Amore is playable from both Great and Swell manuals. 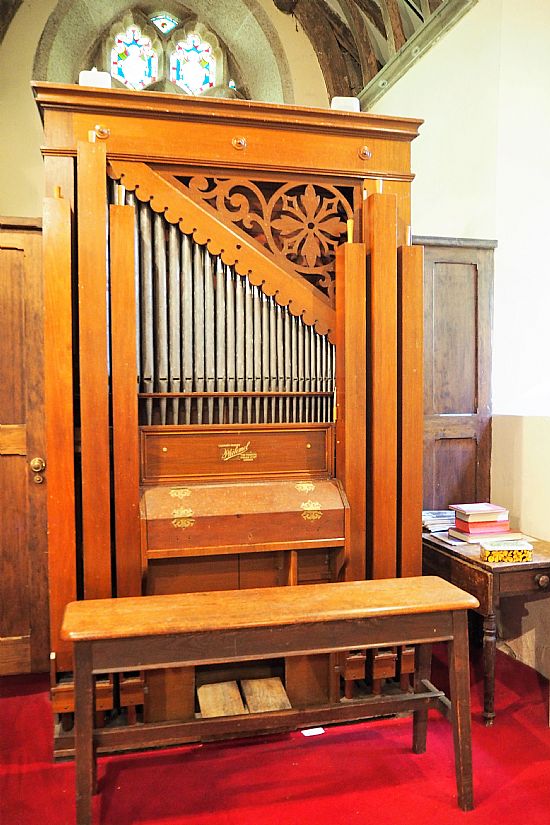 There is no record of when an organ was first heard in Michaelstow church.

As with many West Country churches, music was often provided by local musicians in Thomas Hardy tradition.

However, the organ built by the Positive Organ Company, was present by 1912.

It was manually pumped originally, but it was electrified when power was supplied to the church in 1948 by the Cornwall Electric Power Company.

In 1975, the organ was moved to the south west corner of the nave but this was unsatisfactory.

In 1980 it was completely overhauled and restored to its present position forming part of the newly made vestry.

As it only has 4 stops and a keyboard of 2½ octaves, so its range is limited.